These days, the latest product of the ŠKODA-MOTORSPORT division, the successor to one of the most successful rally specials - the FABIA rally2 EVO - is officially unveiled. The new model, based on the fourth-generation Fabia, has been given the name RS, referring to the historical achievements of the Škoda racing cars with this moniker.
The previous generation set the "bar" pretty high, its historical achievements speak for themselves : over 450 specials sold started in over 13,000 races, yielding 4186 podium finishes and more than 1700 victories. These successes have obliged the factory specialists to make the new model even more successful, and the ŠKODA-MOTORSPORT team has the highest ambitions for it. 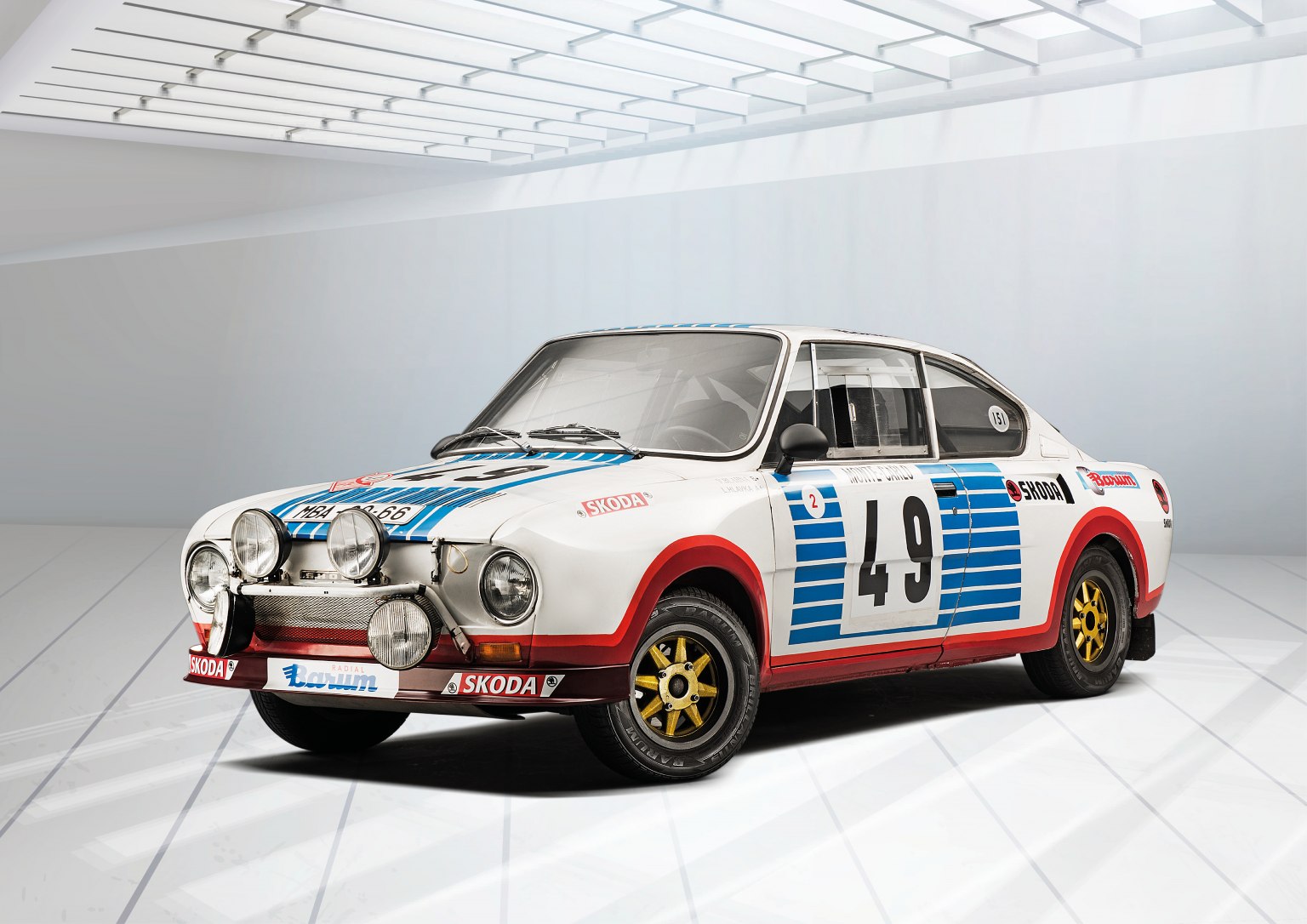 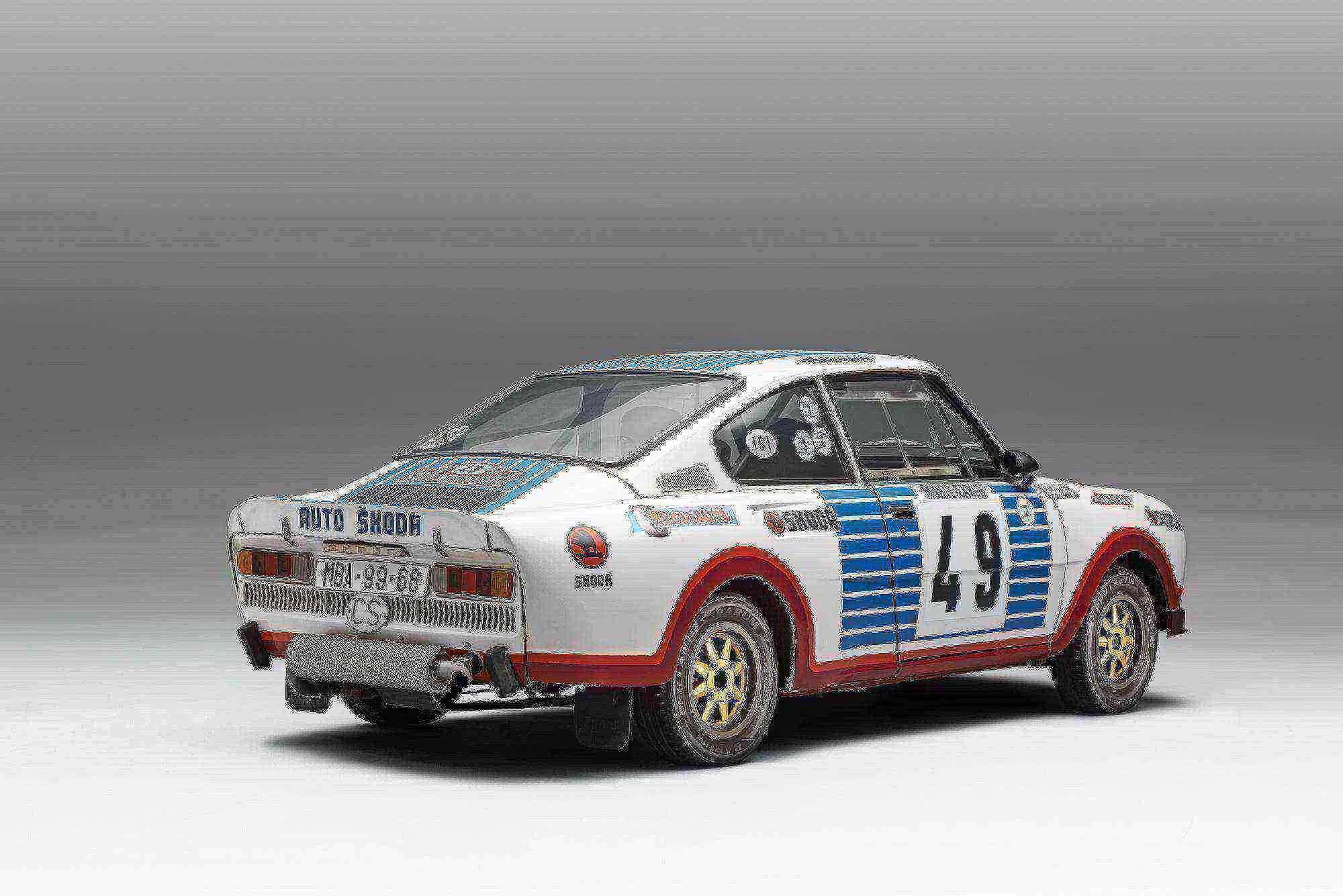 The hot new car, based on the Fabia four, benefits in particular from the new MQB-A0 chassis platform. Its key features include increased rigidity , a larger wheelbase and also better weight distribution.  Passive safety is taken care of by an integrated protective frame made of high-strength chrome-molybdenum steel as standard. More than 35m of tubes used in this frame are welded to the car chassis first, the side panels and roof are fitted last. This allows for a more precise and accurate welding of the entire structure. The new, stronger bodywork is supported by improved shock absorbers with a higher travel than the previous generation. Thanks to these modifications, better geometry and better balance, the stability of the rear axle in particular has been improved, even at higher speeds. 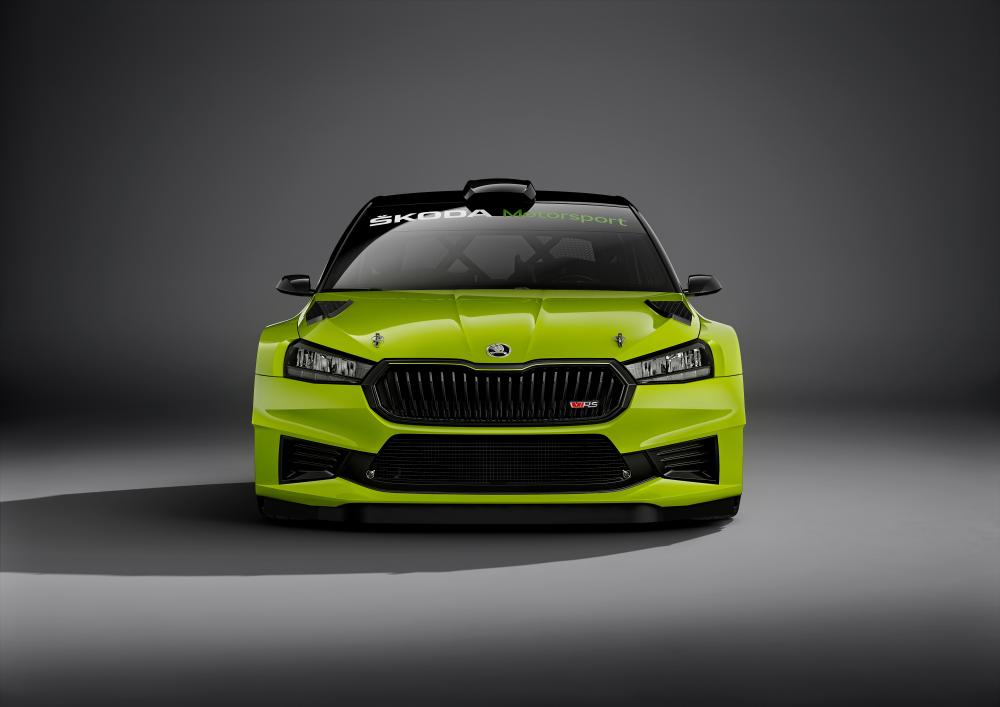 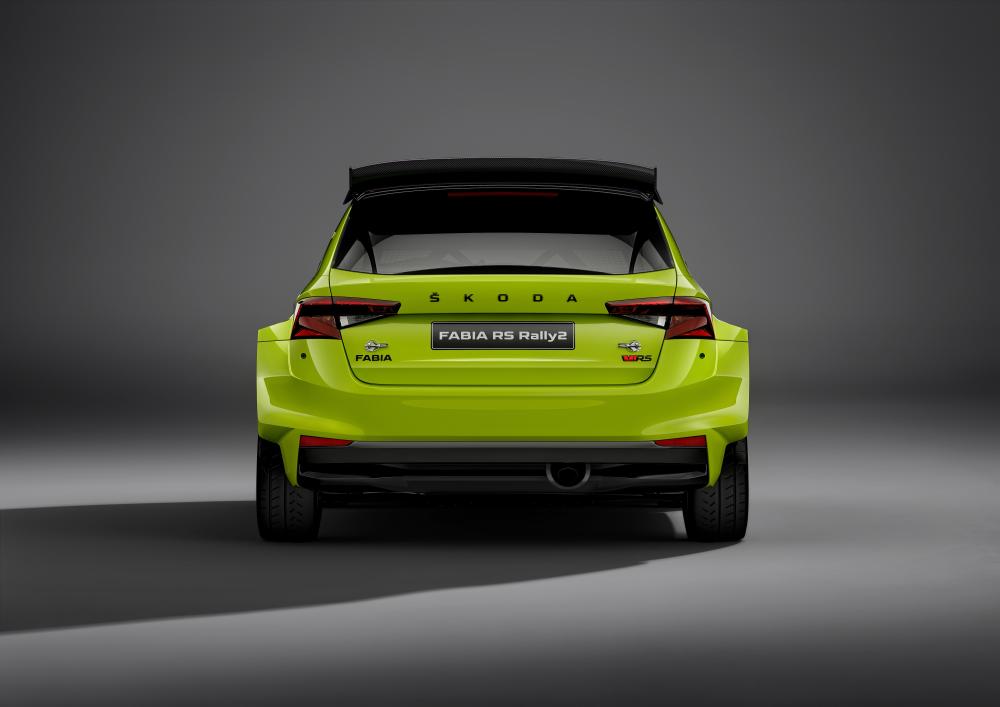 The new design, dominated by wide fenders, massive bumpers and a host of aerodynamic features, commands respect.  However, the priority is the ingeniously thought-out aerodynamics (which are excellent even on the civilian model) refined by the engineers so that the novelty provides twice the downforce of its predecessor. A refreshing finishing touch then is the bright green "Mamba" paintwork, which integrates the FABIA with the current civilian RS models. 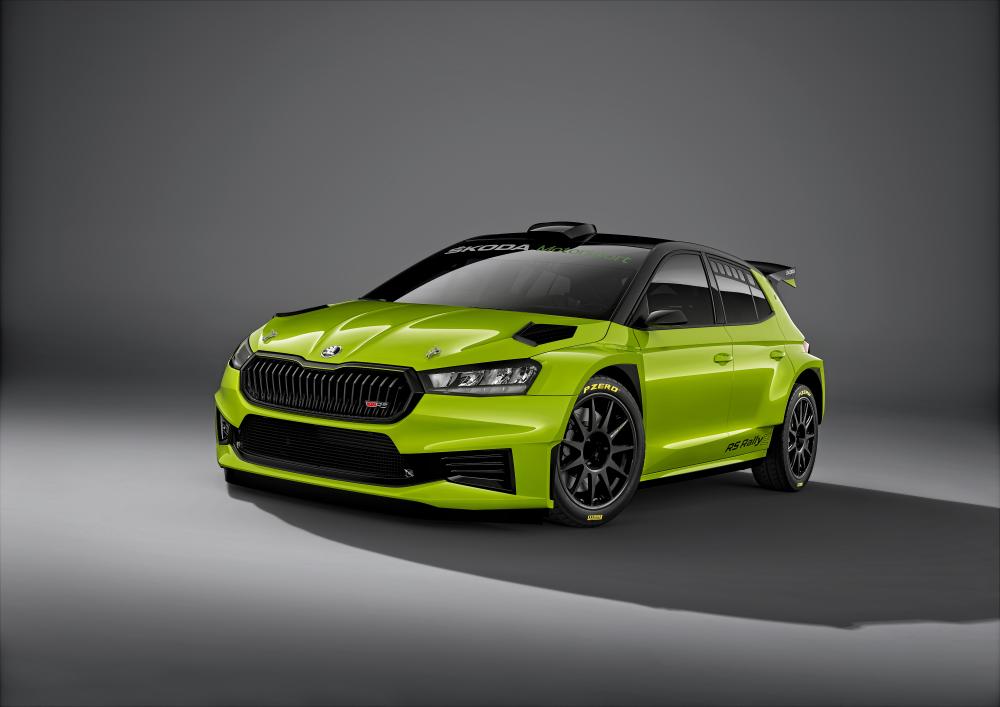 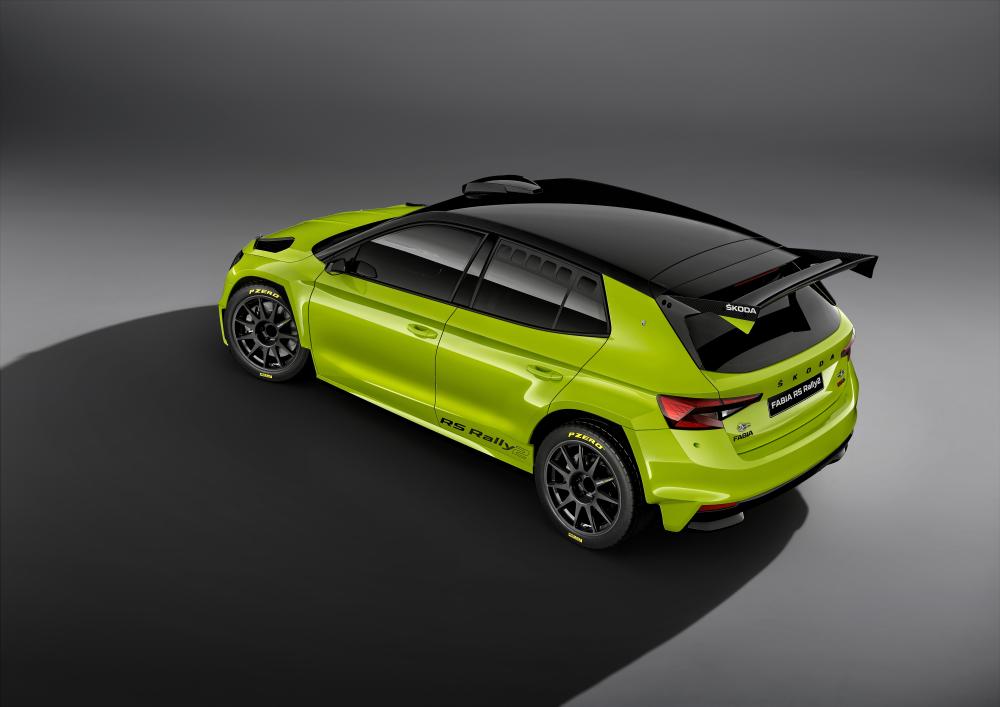 Powering the new racing RS is a turbocharged 1.6-litre petrol engine based on the 2.0 TSI (EA888) with integrated exhaust manifolds, but the engine has been downsized to meet the regulations for this category. Of course, it has undergone considerable modifications , different pistons, connecting rods, variable valve timing, exhaust system, modified lubrication and cooling circuit, etc. The combustion process is thus much more efficient and the main improvement over the predecessor should be significantly faster throttle response and better torque flow . The power output of the engine with 32mm restrictor in the intake for this class is 214kW (289hp) and 430Nm.

Improvements have of course also been made to the gearing. the 5 speed sequential gearbox has been made slightly quicker again , emphasis has also been placed on reducing losses in the drivetrain and making it less inertia. The all-wheel drive received a new hydraulic intermediate clutch, which allows the drive to disengage when the handbrake is applied, thus steering the Fabia more accurately into a corner.

The modified braking system has been given an improved cooling system and safe stopping is taken care of by 355mm/300mm brake discs on 18-inch discs in the tarmac specification, 300mm discs on both axles in the 'gravel' set-up on 15-inch discs.

Inside, of course, there is equipment that meets the latest safety regulations, Skoda has taken special care to improve the protection of the crew in side impacts.

The new FABIA RS rally2 has already undergone rigorous testing in the hands of top test drivers and is once again ready to reap success on the sporting field. 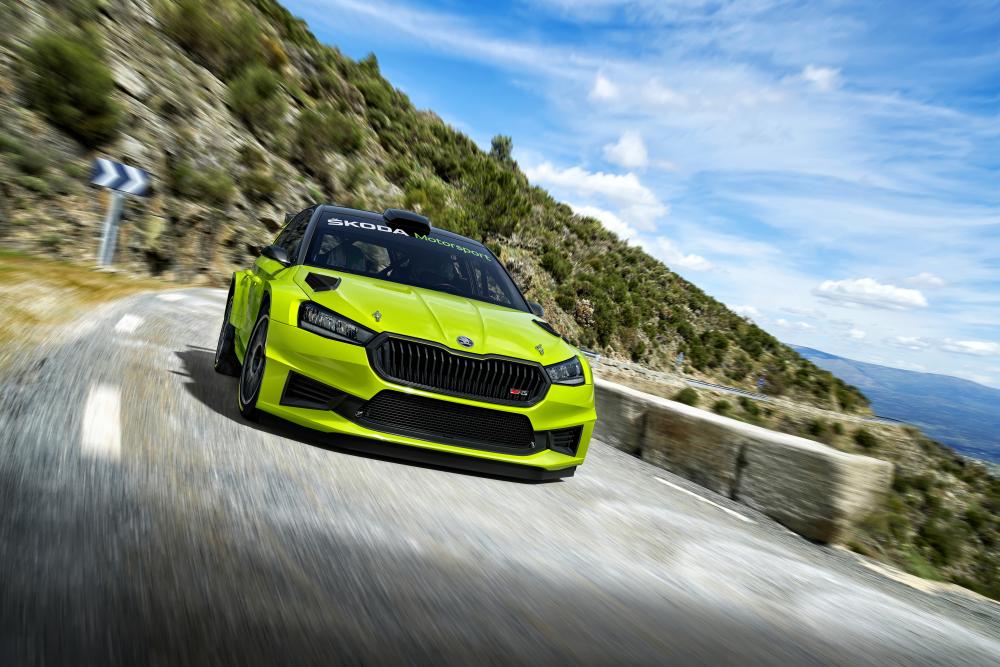 How to easily start modifying your car without the need for a big investment
Read more
28 Jun 2022, 16:55 Races Magazin filip_dorifto